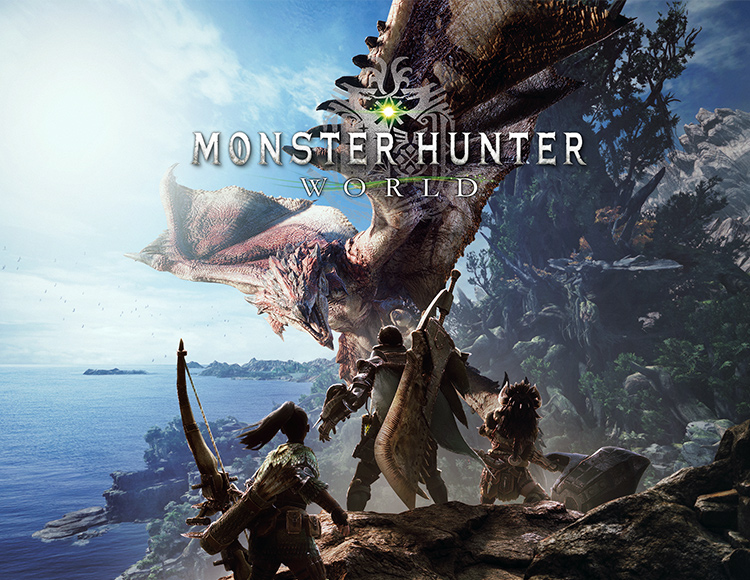 Media_market information about the seller and his items
offlineAsk a question

Description:
Hunt for gigantic monsters and outlandish creatures in the new game from Capcom. Travel, develop and collect trophies alone or in company with true friends.

Monster Hunter: World - Action RPG in the open world - is now available on PC. The most successful start outside of Japan, many positive reviews and reviews. A real find for those who love difficulties and know how it feels to experience the excitement of a real monster hunt.

Try on the role of the Hunter, who arrived in the fantastic world of Aster to catch and destroy monsters living around the central base. Gather an impressive arsenal of weapons, prepare special potions and give the blacksmith the task of making you suitable armor - you will have to run for resources and trophies. You are given a chance to become famous throughout Astaire, but remember - you should never underestimate your enemies, because even a seemingly harmless monster is able to shake the nerves even to the most successful Hunter. Team up with friends, set traps and get ready to celebrate a victory or discuss new strategies in case of defeat.

Weapons The game presents many opportunities for customizing equipment suitable for any style of battle. Each weapon has special properties, secret techniques and racks. The armor will help protect against damage, and a considerable number of cunning traps will neutralize the monster and give you an advantage in battle.
Open world. Vast locations, mysterious forests and desert prairies - travel through the colorful places of Aster, scour in search of your prey, let the hunt swallow you headlong in an absolutely seamless world. Be careful - living environments often help in protracted battles.
Guilds. It is dangerous to rush alone to a large enemy. Team up with friends, complete tasks together and share trophies received - in the world of Monster Hunter everyone will have enough rewards for grand victories.
Plot. Normal hunting may not be enough when the fate of Aster and its inhabitants is at stake. Explore locations, communicate with associates and partners, and they will not remain in debt. Fight the legendary Ancient Dragons and learn how to save the New World.

1. You must download and install Steam http://steampowered.com/download/SteamInstall.msi (if not already installed)
2. Register a new account on Steam or go to an existing one.
3. Go to "My Games" and select "Activate via Steam" and enter the key received immediately after payment.
4. After activation, the game appears in the list of games and you can download it from steam.