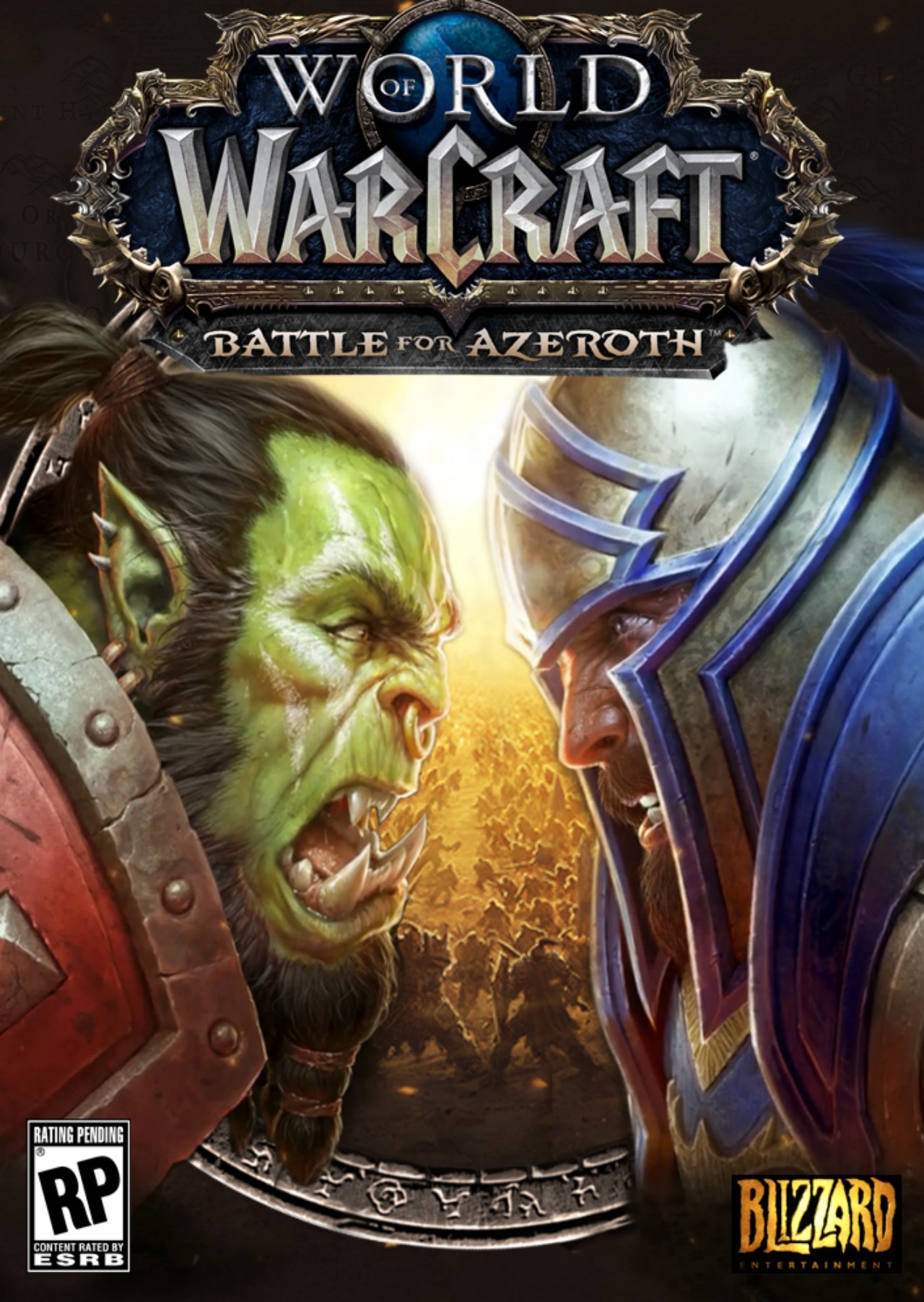 Loyalty discount! If the total amount of your purchases from the seller SOFT-KLUB more than:
If you want to know your discount rate, please provide your email:

KEY FROM World of Warcraft: Battle for Azeroth IS DISPLAYED IN THE BROWSER WINDOW AND COME ON YOUR E-MAIL AUTOMATICALLY AFTER PAYMENT !!!

ATTENTION!!! To play successfully and launch the Battle for Azeroth add-on, you must have World of Warcraft installed, including the Legion add-on.

PRESENT!!! WRITE A POSITIVE FEEDBACK WITH YOUR WORDS "I WANT A GIFT", AFTER WHAT YOU ARE GUARANTEED, GET A RANDOM, CHEAPLY GAME IN STEAM.

Description of the supplement:

Invasion of the Burning Legion stopped. At the cost of tremendous sacrifices, Azeroth was able to prevent the death of the whole world. But at least the threat is over - the Allianz and the Horde have not forgotten their past offenses. Longstanding conflict is in full swing again. You have to gather allies, fight for the resources of Azeroth and fight on several fronts. The flame of war will spawn the future of Azeroth!

Two extraordinary kingdoms - Playing for the Horde, you will go to the empire of the Zandalar trolls and convince them to place their fleet at the disposal of the Horde. By taking the side of the Alliance, you will visit the kingdom of sailors Kul-Tiras, the birthplace of Jaina Proudmoore.

Destroy the islands of the Great Sea - Explore the islands of Azeroth. Fight in groups of three players and collect valuable resources for the war. Participate in fights with players from the opposite faction.

Fight on fronts - Participate in large-scale battles for strategic objects in a group of 20 players. Lead the troops to the assault and destroy the commanders of the enemy. Try a new PvE mode based on the classic series of Warcraft strategies.

Instant transfer of one character to the 110th level - Join the battle between the Horde and the Alliance fully armed, so as not to die on the front line.